You must have some sympathy for the Ukrainian people. They have simply had a nightmarish century.

In WWI and the following Russian Civil War, the slaughter on their soil was almost unimaginable. Once under the Soviet yoke, they then had a genocide via starvation. Then WWII came with the Germans and Soviets slaughtering each other on top of the Ukrainians in a manner that made WWI look like a skirmish.

In the post-WWII era they had a few decades of peace, then decay, and the whole post-Soviet cultural apocalypse that comes with disaggregating empires. 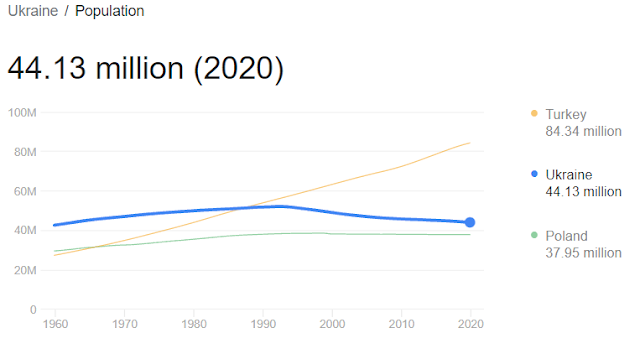 The Russians – who see Ukraine as rightfully belonging under their sphere of influence – will not give them rest. The Ukrainians want to join the West … but the West hesitates out of fear of the Russians. Add to that corruption and other economic inefficiencies, the standard of living continues to lag; 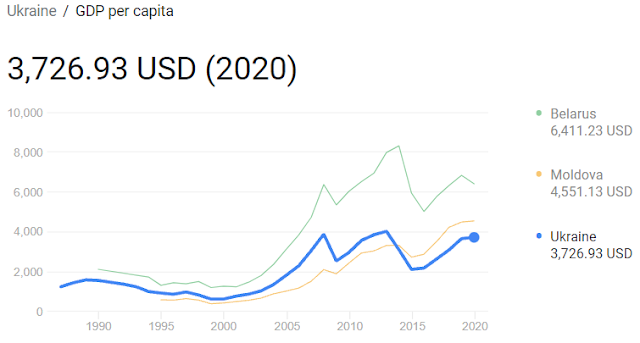 This was nice for us to visit;

Secretary of Defense Lloyd J. Austin III met with Ukrainian leaders in the capital city of Kyiv to strengthen ties between the nations and look for ways to implement the Strategic Defense Framework that was signed at the end of August.

…but both they and we know there is only so much we can do. The Russians will not leave the Donbas or Crimea peacefully outside some black swan event, so this frozen conflict will remain … and it is that conflict that caught my eye in the story above;

Ukraine has lost 14,000 citizens in the conflict with Russia in eastern Ukraine. There are books of the dead in the memorial, and they list those killed each day. 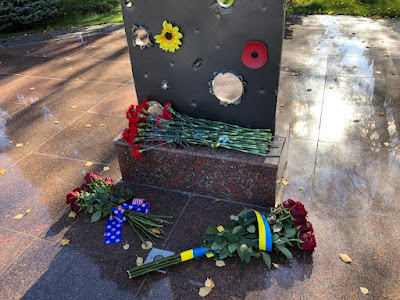 For Americans, we should ponder that a bit. Adjusted for population, in American terms that would be 104,533 dead.

Imagine if Mexico occupied Arizona and New Mexico, and the front has been stagnant for years, yet we had lost over 100,000 Americans in this conflict. How would that play on the American mind?

No, history never stops. It does not end. It takes a pause now and then – that is about it.