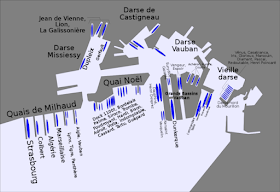 One of the highest forms of the military arts is to use your enemy's habits against them. Not forcing them, but simply opening a door for them they are simply too willing to enter out of habit.

Anyone who has lived in Europe - especially around or with Germans, French, Dutch, and Scandinavians, will enjoy this FbF.

This story is short, but it is important in a couple of ways. First, the French military was never really given a chance in WWII. Beset with spotty leaderships and in some cases just bad luck, the incredible martial example of WWI just two decades earlier was as if it never happened. They had a few bright spots against the Germans ... and this was one.

Secondly ... the naval battle in the Mediterranean was a near run thing. If the Royal Navy were not so good and the Italians such sub-performers, the entire course of the war would have changes.

A big "what if" was the large and modern French Navy fleet in Toulon. Most here know it was scuttled ... but do you know the story about why the French Sailors had time to make it happen?

Well, let's set the board. Remember here, this is the German Wehrmacht and Waffen SS of the early war. Man to man ... the modern world has probably not seen a more effective fighting force.

...the 7th Panzer division arrived in Toulon. There were tanks, armored cars, armored personnel carriers and an SS motorcycle battalion. This fast-moving force entered the town and rapidly took control of the major port defenses to the west and east of the harbor. They entered the headquarters of the fleet on land and arrested the French officers, but not before a warning was radioed to Admiral Laborde on the great flagship Strasbourg. Laborde was shocked at the rapid and unexpected attack, but he swiftly took command of the situation. The orders went out to the fleet. They were to prepare to scuttle their ships and to fire on any German troops who approached.

Have you worked in a shipyard? This will make complete sense.

It took the German soldiers longer than they had planned to reach the harbor. It was surrounded by a great maze of naval infrastructure, sheds and warehouses, barracks and administrative buildings, turrets, watchtowers and high walls and fences topped with barbed wire. When they finally found their way to the main gates they found them closed and manned by French soldiers.

The German officers demanded the gates be opened. The French officer in charge smiled.

‘Of course,’ he replied in German, ‘Do you have your access paperwork?’

Yes ... right out of a bad Hollywood WWII movie; "Your papers please."

The German officer was perplexed, but his orders were to capture the port and the fleet without bloodshed, if possible, so he began to debate with the officer at the gate. The conversation went on for some time, and in the end, the German officer was obliged to produce documentation for the Frenchman, who nodded, smiled, thanked him, and then left him standing at the gate.

The French soldiers began to banter and chat with the Germans. The officer returned with more questions and requests for further paperwork. He delayed the German officer for as long as he could, but eventually the man’s patience was at an end, and the French soldiers were obliged to open the gate.

It was 5.25am when the German tanks finally rolled through the gates, by which time all was ready on board the doomed fleet. The order was given to scuttle the ships, and the French crews began to pour onto the harbor. Dull explosions reverberated through the air as the pale light of early dawn began to spread across the sky. The main force of the German tanks rumbled toward the flagship Strasbourg, which was already listing to one side in the water. Infantry dismounted from their motorcycles and ran toward the disembarking crews. Sporadic fighting broke out as thick greasy black smoke began to pour from the docked ships.

Can we count this as a French victory? I think so ... but such a tragedy. If only the French Navy had made a run for it instead ... that would have been a story. 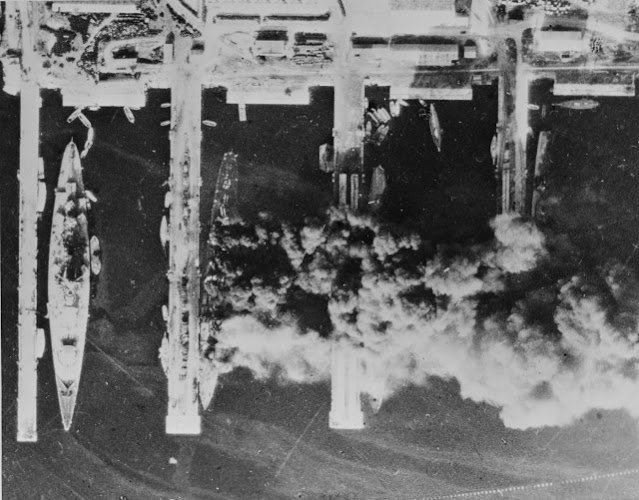