This is What a Whole of Government Epistemic Failure Looks Like

The Afghan army and government the Soviet Union left behind lasted over 3-yrs.
The Afghan army and government the USA left behind lasted barely 1 month.
This is a nugget everyone needs to hoist onboard. It is bolded and underlined for a reason.
For those in the elder GenX cohort and older, we remember vividly all the comments made, especially after its fall, of the failures of the Soviet Union. We liked to talk about its stifling bureaucracy, oppressive government nomenklatura, busy body rules, crumbling infrastructure, military infested with political officers pushing ideology, corruption, and almost comical government officials - all so assured of their power, such believers in their own press releases, so confident they were the future.
Even those younger, they’ve seen the videos, movies, documentaries - read the books, articles and snarky posts.
And yet, the tottering Soviet Empire in its last death rattles was able in less time to build in Afghanistan a military and civil society based on a philosophy with one foot in the grave that lasted … hell, let’s do the math here.
- Colonel General Boris Gromov, Red Army and with him the Soviet Union leaves Afghanistan over the Friendship Bridge: 15 FEB 89. The Soviets were in Afghanistan 9-years and 2-months. 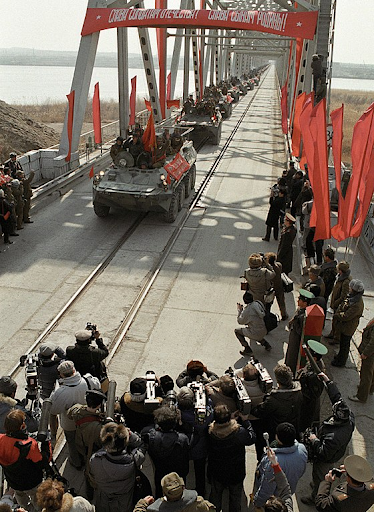 - The President of Afghanistan Najibullah ousted from power & hides in UN compound after fall of Kabul: 15 APR 92
3 years and 2 months; 38 months. That is how long the Soviet trained Afghan Army and government lasted after the withdraw of the Red Army. (NB: The Soviet Union died on 26DEC91, a little under three years after the Friendship Bridge crossing. Najibullah was dragged out of his UN safe-haven - as one does - in SEP of 1996 and hung from a lamp post in Kabul, a bit over four years after the fall of Kabul. Use those benchmarks as you see fit.)
- General Scott Miller, US Army lands in DC: 14JUL21. That would be 19-years and 11-months, but as we all know, American forces are still in Afghanistan at the pleasure of the Taliban trying to hold down half of the Kabul airport so we can get our people out. 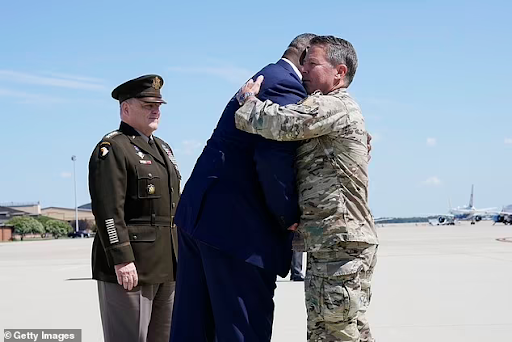 - President Ghani abandons Kabul: 15AUG21.
1-month. There is your benchmark. The Soviets were 38-times more successful in Afghanistan than we were, and they did it in half the time.
Let that soak in. Let the humiliation flow over you like a healing balm. Fear and shame - regardless of what modern minds try to tell you otherwise - are great motivators. Let this motivate you.
Almost exactly two decades after the attacks of 11SEP01, as a nation we are covered in disgrace. A global humiliation on a national scale. Accept that. Hold it close to you. Feel it. Smell it. Know it, because it will be attached to us for at least the rest of the decade - most likely longer.
Good people can agree or disagree about staying or going from Afghanistan, but no one can defend how we did it.
Everyone here who given responsibility by the American people failed.
The President failed.

Joe Biden: "There's gonna be no circumstance where you see people being lifted off the roof of a embassy of the United States from Afghanistan. It is not at all comparable." https://t.co/gYkxaHR6Ml pic.twitter.com/2cw7rO8bgq

“We are not withdrawing, we are staying, the embassy is staying, our programs are staying … If there is a significant deterioration in security … I don’t think it’s going to be something that happens from a Friday to a Monday.” pic.twitter.com/5RGuw4OfZL

Pentagon spokesperson John Kirby said there is ‘no question’ about the Taliban's advances in Afghanistan but downplayed an intelligence assessment that Kabul could fall to the militants within 90 days, saying ‘no potential outcome has to be inevitable’ https://t.co/aain1zuWOo pic.twitter.com/uISiA8YGW1

All our intelligence agencies failed their government and the people.
Our think tanks, the legions of foreign policy and diplomacy PhDs from all the right schools who populate the National Security State who like to tell everyone how smart they are - they all failed. 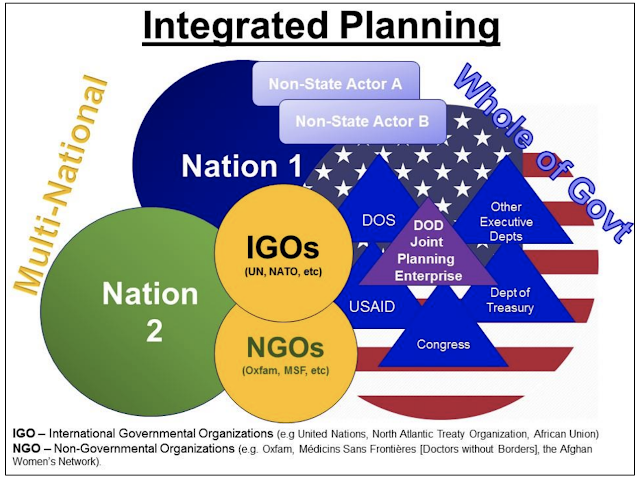 So, what do we do from here?

Accountability.
Even the most die hard Biden partisan should be demanding the resignation of the Secretary of State, the Secretary of Defense, and the National Security Advisor. In another age, they would have all resigned already - but we don’t live in that age.
All the Joint Chiefs of Staff need to resign as one. Either they own their collective failure because they offered this plan as a good one, or they don’t have the confidence of the President and their recommendations not to do this were ignored. Either are sufficient for resignation as honor demands.
They are imminently replaceable. We are bloated and thick with excessively credentialed General and Flag Officers who can take their place.
We can do nothing about the past, it is done.
The present is already written.
What we can do is set the condition for the future. We can try to contain the compounding damage to our national credibility.
A first step is to tell our remaining friends that the United States knows failure and rot when it sees it, and is confident enough to excise it and move forward.
We need accountability. The honorable thing to do is to resign. If not, the proper thing is for the President to fire those who advised him so horribly. If not the President, then Congress should have hearings with a pair of pliers in one hand and a blow torch in another and humiliate people in to resigning.
If neither happens, then bad on the American people for allowing a political system to function in such a way that people such as these are the ones who rise to the top of both parties.
Look again at that migraine inducing chart above. Failures such as this take more than one part of government to fail.
Let me end with what I know best, the US military. We like to tell ourselves that we are in some way apart, perhaps a bit more honorable, than the politicians we serve. We served the Constitution and the nation, not individuals.
We can make that point...unless we were just telling each other another of those little white lies that we do now and then.
at 10:31
Share