A Habsburg plan for Europe 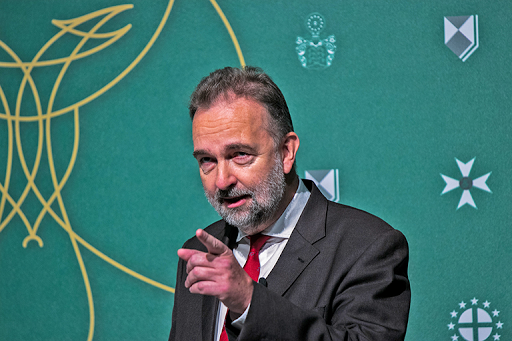 Though I blend in well with the populations of Europe who have ready access to the North Sea, my bloodline has been unconnected to Europe for four centuries.
I am an unalloyed North American, yet as our culture is an offshoot of Europe, I keep an eye on the goings on there. You have to as Europe continues to be a source of conflict. Their waring ethno-states generate more national security problems than can be consumed internally.
That manages to bring North America in to their scrimmages.
Beyond and more impactful today than military , Europe is a source for trends that impact cultural, social, economic, and military change throughout the globe. China is trying to change that, but there is a long way to go for them to get there, if ever.
For those in alignment with me, I encourage you to read, in full, the English translation of Karl von Habsburg (yes, that Habsburg, the head of Head of the House of Habsburg-Lorraine) New Years "Speech on the Future of Europe."
His family has been at the heart of the European project for the better part of a thousand years and remains influential for a whole host of reasons.
Ideas matter, especially European ideas. I know that is an unfashionable thing to say in today's intellectually fetid and self-deceiving environment, but it is true.
The 20th Century was dominated by two horrible European ideas that were rooted in the late 19th Century, Communism and Fascism. Both those blood soaked socio-political movements are still with us, but in a much degraded and less dangerous form as the 20th Century efforts of both showed their less than ideal reality.
We are in the third decade of the 21st Century, and we should keep an eye on where the European project is going. BREXIT caused, rightfully, an ongoing reassessment of what they are doing to promote trade, standards of living, and security in peace as opposed to fruitless cycles of internal wars.
Good people can argue which form European integration should take, but neither extreme - full disaggregation on one end or United States of Europe on the other - are optimal. An aggressive pursuit of the later will bring about the former, so if one wants a closer Europe - how does one get there?
Few families have more of a history - and as a result have thought the most about how it has failed in the past - than the Habsburgs.
Somewhere between the two extremes of the European project is a middle way. Karl Habsburg has ideas closer to full integration than not, but it represents a solid starting point for discussion. There is a lot here for an outsider to agree with on its logic and long-term soundness.
Below are a few pull-quotes for you to consider. Solid work;

Today, the focus is on the integration of the six countries in South-Eastern Europe that are not yet EU members. In its latest reports on enlargement, the EU Commission rightly states that the admission of Albania, Bosnia-Herzegovina, Kosovo, Macedonia, Montenegro and Serbia to the EU is a „geostrategic investment in peace, security and economic growth throughout Europe“.

You have to respect a Habsburg going early to the Balkans. It is what it is for Europe, and at some point needs to be resolved to the advantage of all.

The geostrategic importance of the region is clear to anyone familiar with its history. And in politics there is no vacuum . If Europe withdraws from the region, there will be all the more room for other powers to advance their interests in Southeast Europe.

In addition to actors like Russia and Turkey who have been connected to the region and its politics throughout history, today above all China but also Saudi Arabia for instance with its Wahabism exert massive influence. The interests of these actors do not coincide with European security policy interests.

Yes, he names names. Absolutely solid. I also greatly respect his acknowledgement of the historic and modern threat to Europe from fundamentalist Islamic forces.

Europe itself must formulate and defend its own security interests.

And when I mention Russia and China, it is clear that this is primarily a matter of geopolitical interests. This should also be borne in mind by those EU member states that keep blocking this enlargement out of mostly petty national or even nationalistic interests.

I have read a quote, and my googlefu is failing me to give proper credit, perhaps it was Bismarck, that says, "In a game of five, it is best to be one of the three." A united Europe can play economically and diplomatically in a world of China, India, USA, and Russia. Divided? Notsomuch.

But we must also look to the East, where a country like Ukraine with the Euromaidan or the so-called Revolution of Dignity has made it clear that its citizens see their future in Europe rather than under Russian dominance. Undoubtedly there still are major problems in all these countries regarding, for instance, the rule of law and corruption, but they are European countries nevertheless. Anyone who takes European unification seriously must make it possible for every European country to join the European Union. That is why I also advocate upgrading the current neighbourhood policy towards Ukraine into a concrete accession perspective policy.

Even though the European perspective is of no real relevance in the democracy movement in Belarus, it is our duty to support this democracy movement wherever possible. If Europe, if the EU emphasises the rule of law and democracy the way it does, these principles must also apply towards Belarus.

In the long to medium run, this is true. To get there, Europe - specifically Germany - must make sure it cannot be subject to Russian hydrocarbon blackmail. Right now it is going in the opposite direction.

The below is why Europe is, and will remain, a natural ally of North and South America. North America especially is a nation based on the European Enlightenment. South America less so, but is getting there.

We share these ideals on balance - China and Russia do not.

... the rule of law indeed was right there at the beginning of the European idea.

Another essential element of European identity is freedom. Let me quote Richard Coudenhove-Kalergi: „The European ideal is freedom – European history is one slow struggle for personal, spiritual, national and social freedom. Europe will exist for as long as it continues this fight; as soon as it abandons this ideal and becomes unfaithful to its mission, it loses its soul, its meaning, its existence. Then its historical role in history will have come to an end.“

European unification, however, European politics should not aim to bring an end to Europe’s historical role, but to make use of it!

To define the concept of freedom, I have to resort to the English language for it has two terms for what we call freedom: Liberty and Freedom. Both terms refer to different things. A good definition comes from Murray Rothbard, a classic representative of the Austrian School of Economics. He said: „Living in Liberty allows each of us to fully enjoy our Freedom“. In other words, only when we live in an external system of freedom can we actually enjoy and live out our inner freedom. Liberty in  English means the external construct of freedom, that is what actually creates freedom for us, while Freedom means inner freedom. For example, the freedom to think what I want. The inner freedom that no one can actually take away from me. Enjoying this inner freedom requires an external construct. It is also quite clear that implementing this concept of external freedom, Liberty, is one of the most important tasks of politics.

What got me hooked on Habsburg's work - besides his quote from Murray Rothbard, was his willingness to speak what is in many political areas, unspeakable.

And it will be necessary to master one of the biggest obstacles to unanimity – that obstacle is the indebtedness of public budgets.

That applies to the USA as well. 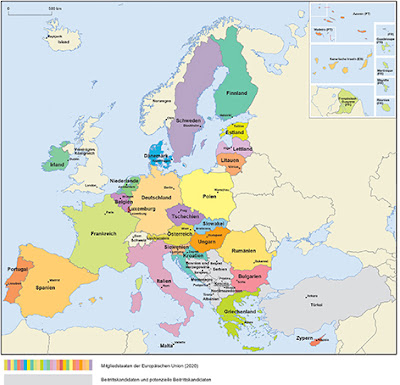