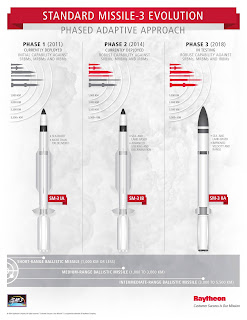 Our Navy would be such a more powerful force if we had kept with the mindset of the Aegis and Standard Missile evolution.
Bit by bit, step by step, increment by increment, baseline by baseline, we got a stronger, more effective Navy.
A few hiccups like in any  long running program ... but the success is undeniable.
The latest example;

In a first-of-its-kind test, the United States has successfully used a small ship-fired missile to intercept a target Intercontinental Ballistic Missile (ICBM), according to the Missile Defense Agency. The successful test shows the U.S. military now has another missile defense system capable of defending against North Korean ICBM’s aimed at the United States.
“The U.S. Missile Defense Agency (MDA), and U.S. Navy sailors aboard an Aegis Ballistic Missile Defense (BMD) System-equipped destroyer intercepted and destroyed a threat-representative Intercontinental Ballistic Missile (ICBM) target with a Standard Missile-3 (SM-3) Block IIA missile during a flight test demonstration in the broad ocean area northeast of Hawaii, Nov. 16,” said a statement from the Missile Defense Agency.
A target ICBM missile launched from Kwajalein Atoll in the Republic of the Marshall Islands in the Pacific Ocean traveled thousands of miles towards the body of water between Hawaii and the West Coast of the United States mainland.
MORE: US successfully intercepts ICBM in historic test
The destroyer USS John Finn that was positioned in those waters then fired an SM3 missile that successfully intercepted the target ICBM. The interceptor missile was directed towards its target using tracking information provided by an array of sensor systems designed to monitor any incoming missile attack on the United States.

There is a lot to do before this becomes a fleet-wide capability, but we are getting there.
An anti-ballistic missile capability afloat isn't just good for national defense and that of our allies, but as anti-ship ballistic missiles become more of a threat - it will be an integral part of fleet defense itself.
As challenging of a science and engineering accomplishment as this is, there are parallel challenges that need to be addressed.
First of all is a depth of capability. A lot of modifications and improvements will be needed to our Aegis ships before more ships have this capability - if ever. Most with a naval background can figure out an outline of those details on their own.
Once that is done, then we have what has always been an gold-plated issue in the surface community  become a platinum-plated one - the most valuable square footage in the navalists neighborhood; VSL cells.
If you want attack targets ashore with TLAM or the coming hypersonics cruise missiles - and your submarines can't quite get everywhere with enough tubes as it is, you will need this surface capability.
How many VLS cells can you fill with those weapons if you need to be able to defend yourself and others from one or two varieties of ballistic missiles and ASCM - not to mention an aircraft or two? Maybe leave a few cells for ASW ... perhaps?
Your standard issue Aegis Destroyer has 90 or 96 MK-41 VLS cells. You can do the math from there.
We lost two generations of possible evolution in surface warship development with the failure of DDG-1000 and CG(X). We really need to get off the ball sooner more than later with our next large surface combatant. We can also look at some fun ways to get more VLS cells to our Navy sooner ... but that is a post for another day, perhaps. 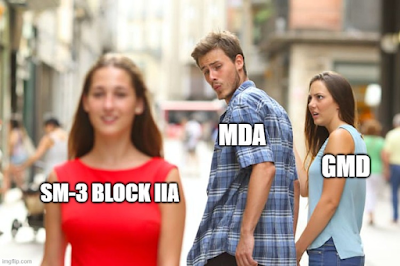