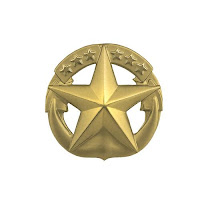 The events of 2017 with our Surface force in WESTPAC continue to be a focus of navalists. An ongoing subject related to these events has been the nature of command.

Today we have a guest post on that exact topic from Bryan McGrath directed towards the new generation setting up to take command. What he has to say is important to everyone.

Over to you Bryan.
Excuse me, U.S. Navy surface ship Commanding Officers…could I beg a moment of your time? I realize you are busy, but it has ever been thus, right?

I’d like to talk with you, Old Guy to Old Guy/Gal. I realize that I’m really a “much Older Guy” (53), but I am the same age as the folks who are running the Navy these days, and I came from the same gene pool.

But before I start, let’s get the ugly stuff out of the way first. I am a defense consultant. People pay me for the way I think. These people include senior officers in the Surface Force. This is no secret, but it is often used as a “gotchya” to demonstrate that whatever I say or write publicly is really just because I am a sock puppet for Admirals. Nothing could be more distant from the truth. What IS true is that they HIRE and RETAIN me because I have a set of skills, ideas, and principles that they value. I am from their generation, and I think and write about Seapower and the Surface Navy in a manner with which they are comfortable.

You on the other hand, are not of my/our generation. You are my division officers, all grown up and in command. I couldn’t be more proud of you. But there is a gap between us that I first saw as a Department Head, the kind of generational gap that is accelerated by technology. In our case, the technology was video games. I cannot tell you how uninterested I and my fellow DH’s were with your obsession for Madden football or any of the other games of the mid-90’s that caused you to hoot and holler from your staterooms rather than join in the wardroom to watch a movie. I still don’t get video games. But I am the aging dinosaur and video games are a multi-billion-dollar business.

I want to alert you to a gap I see developing between you and YOUR junior officers, department heads and division officers alike. It is a gap that is also accelerated by technology, in this case, the internet and social media. But the gap is more than just intergenerational sniping (which is of course, our national past-time). It is a trust gap. A generation of young officers is discussing amongst themselves – in their chosen forums with which you are largely unfamiliar, generally dismissive, or passively lurking—a sense of alienation and mistrust from the larger “system” of producing surface naval power. As the first line of authority in that “system”, you have a unique and solemn responsibility to listen to them, to engage with them, to translate concepts that may or may not be familiar to them, and to lead them.

And now, for a story.

In February 1992, I walked off the USS THOMAS S. GATES (CG 51) after a killer port visit in Fort Lauderdale, on my way to my first shore job. I had earned every qualification possible except command at sea, because I was ineligible by virtue of only being a division officer. I remember—clearly—thinking as I walked away that if the Navy had asked—I could have commanded that ship. Then and there. I was unassailably confident in my technical warfighting ability, leadership acumen, and professional mariner skills. For those who know me, unassailable confidence will not be surprising. Trust me, it was worse when I was 26.

I relate this to you, because THAT GUY/GAL is in your wardroom right now. He or she is a white-hot runner enabled by more information in the palm of their hand than I had in that ship’s combat system. They are globally connected, and they are able to share experiences with others in their position in real time across the fleet. Whereas I held court on the after missile deck dispensing my wisdom to a half dozen other JO’s, they are sharing their wisdom with the world. And in many cases, like me at the time, they simply aren’t that wise.

In its wisdom, the Navy held off for an additional 12 years before giving me command of a ship. On the morning I took command, I remembered that 26-year-old, and how ridiculously cocky he was. I thought about how much I had learned in follow on sea and shore tours, the people I’d met, the mentors I’d gained, the stories I’d listened to. The intervening 12 years was a graduate program in leadership, warfighting, and professionalism, which included 27 months working directly for the CNO where I was able to see just how hard it is to run a Navy, how all of the easy decisions are made elsewhere.

Those 12 years ALSO happened to coincide with a gigantic drawdown in the Navy, where we went from “great power competition” on the blue water to a hyper-power who could impose its will from a few miles off the beach. I assure you, there were considerable challenges at the shipboard level that were directly associated with the drawdown, with “winning” the Cold War, and with harvesting the “peace dividend”. At the time, I envied the old salts who were part of the Reagan buildup, believing that they must have had it so easy, awash in money as I assumed the Navy was. I truly believed (then), that I was part of a generation of officers who were facing unique challenges. But that is because I had nothing to compare it to.

I know, I know—get to the point, McGrath. I hear that a lot. Mostly at home.

The point is, YOU are where you are because YOU have presumably gained some of that same wisdom. You have had tours on major staffs and in Washington. You know damn well that there are people working their asses off every day to do the right thing, to provide you and your crew with the tools you need to succeed, to push the envelope on technology even as you squeeze life out of aging systems.

You are deeply aware of the processes that govern budgeting and resource allocation, and you know that it is exceedingly difficult to make substantial changes in a Navy overnight, no matter how desirable those changes may be. You know that there is a complex set of inputs that determine “Seapower”, and that turning the knob on one of them impacts the locked train that relates the others.

You were around for much of the drawdown I described, and you now command in an atmosphere in which readiness dollars—parts, fuel, maintenance—have increased for three straight years. You remember what it was like to be told that your CASREP on one of three generators would be fixed when you got back from VACAPES ops, because you had two others and they wouldn’t authorize overtime on the weekend before getting underway. You also know that this is no longer the approach the fleet takes. I urge you to make sure your junior officers know this. You were around when there WERE commodores and flag officers who would hold the number of CASREPS against a ship. You also know that this is no longer the case. Quite the contrary, the Navy leaders I work with reinforce to you at every opportunity that they expect you to document the material discrepancies on your ships and are driving their staffs to rectify them. Share this knowledge with your junior officers.

More importantly though, you KNOW that you are in a special position. The CO of a ship is a different animal than any other level of command in any other armed service. To your JO’s, you ARE the Navy. You aren’t just their CO, you are a “made man/woman”, and you are part of the hierarchy, whereas they are subject to it.

It is time to take this responsibility seriously, to engage with your JO’s and try to describe what is going on outside the skin of your ship. It is time to educate yourself on the myriad initiatives underway that address professional shortcomings identified in the force after the 2017 collisions and the changes in the career path – including regular professional assessments – designed to increase professional competence. After educating yourself, talk with your officers. Make sure they know what you know.

We—the American people—put an obscene amount of trust in you. So do your JO’s. Make sure you are worthy of that trust. Do what is right and tell the truth—to them, to your bosses, to whomever. You are occupying what many of us old guys believe is the best job in the world. If you are just marking time, hanging on, and grinding your teeth through your command tour, you need to re-assess your approach, because your JO’s are watching every move you make and are assessing their work environment—and their view of the Navy-- to a large degree on your influence.

Someday, you’ll be in my spot, cheering them on from the shoreline. Make sure you leave them with the indelible memory of you having commanded well…of you having fun in command…of you being a person of integrity…off you being a nearly bottomless source of positive energy…of you communicating with them meaningfully and interpreting the mysterious world of “Big Navy” for them…of you having groomed them to take your spot, as I pray that I did for you.

I assure you, it is worth the effort.
Bryan is a retired Naval Officer with over 25 years of experience. He was the lead strategist and primary author of the US Navy's 2007 Maritime Strategy and is an acknowledged expert in the fields of strategy formulation, strategic planning, and strategic communication.
at 05:17
Share