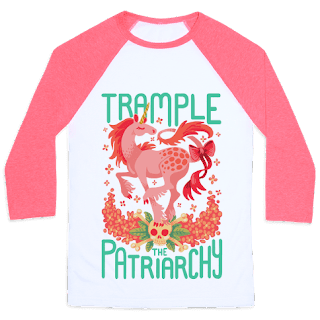 We are way down the rabbit hole. This is absolute Sovietesque madness. Absolute insanity and a ghoul show of moral cowardice. Yes, I said that.

I am not sure people have actually read what is being pushed.

I'm going to say something I've said many times in my career, "Master Chief, I really need your help."

Master Chiefs of the Navy (not the MCPON) who are going to answer this call, this is over to you.

You are bulletproof. They cannot do anything but ask you to sell your soul for a farthing.

Help your Sailors and show them that someone will stand up to this insanity.

For everyone else, here is the alter-call;

This is what the Master Chief Petty Officer of the Navy is recommending as the benchmark and foundation of this working group.

If you aren't gobsmacked, I don't know what can be done for you. If you don't come away with a headache, and either angry or in tears, then you are lost.

Now wait; I am going to ask you to do something that isn't easy. This is written by a Sociology PhD and is soaked in the worst in academic, multicultural, gender studies, and politically correct Social Marxism you can find. It is an intellectual horror show that is an affront to people of a free society. And it is from an Australian.

Just a few pull quotes, but you need to read all 165 nightmarish pages.


This chapter will address the question of how informal, everyday, on-the-job talk perpetuates exclusion, while maintaining the cultural norms and authority of the dominant group. In particular, it will investigate the kind of talk which is used to marginalise, and will outline some strategies which can be used by group members to overcome and manage marginalising talk. These strategies are provided through the voices of the interviewees who volunteered for the study. Each interviewee represents a voice of someone who identifies as belonging to a diversity group (as defined in Chapter 1) and who has had the experience of being marginalised. Yet these people have adapted and prevailed as long-term members of the four Services. Their voices bring a contemporary, personal account of language use in the Services that illustrates how everyday talk is used to construct and vary the levels of belongingness and group membership within the Defence workplace. Their insights and experiences offer the Defence organisation some opportunities for reflection and for cultural change. The results strongly suggest that junior and senior leadership have important roles to play in the monitoring and management of casual conversation.
...
...The Defence workplace is a male domain. Further, statistics also show that the workplace is dominated by third-generation Australians, that is, Australians who were born here and whose parents were also born here. Typically, third-generation Australians have identifiably Australian accents and have been socialised in Australian cultural norms. What this means is that the Defence workplace is typically blokey, dominated by the social norms of Anglo-Australian men. They work together acting out their collective habitus, assuming that each other knows how to behave like an Aussie bloke, with particular expectations on how everyday talk is conducted. Along with this is the expectation that everyone should behave like the dominant group. After all, the dominant group is in control of the legitimation code and so they can set the standard.

Studies on male everyday talk in Australia and New Zealand have shed light on the nature of this kind of talk. Various studies have demonstrated that the everyday talk of men is usually around workplace activities (Hay 2000; Eggins and Slade 1997; Holmes 2006). Talk is rarely about personal matters, but rather about work and mutual interests, such as sports and movies. Predictably, everyday talk includes humour which is used competitively whereby men ‘exchange jocular abuse ... with each contribution attempting to outdo previous contributions’ (Hay 1994 in Holmes 2006). The humour tends to hinge on sending up non-standard, social differences ranging from individual characteristics, such as gender and race, to differences in performance, skill sets and knowledge. Male workmates typically develop ‘customary, joking relationships’ (Norrick 1993, p. 6) which in many ways contribute to the nature of broader Australian culture, as well as that of Defence.
...
...Senior leaders need to model and champion inclusive language practices. Such language practices would need to be instituted through policy changes and also backed up by education and training particularly for junior leaders. Junior leaders, who interact everyday with their teams and who typically lead teams, need to be able to effectively model, identify, monitor and manage inappropriate talk.

This chapter has demonstrated that everyday talk matters and that the dominant Anglo-Australian male form of conversation includes banter as a mechanism for achieving group acceptance. This is an important part of day-to-day life in Defence, which is dominated by a knower code. Its strongly classified and framed social relations achieve the mission through team-based work. In this context, team acceptance is necessary for mission success and being different is potentially damaging for team cohesion. Team members who are different have to work to achieve group acceptance. If personnel do not know how to secure membership through everyday talk, diversity and social inclusion across the organisation is at stake. The onus is on the organisation to recognise this and remediate through supervision, management and training.
...
For whatever reason, difference is a risk to team acceptance. It has to be managed in everyday talk and, in order to do this, control of humour and banter are important as they are the mechanisms for minimising difference. The casual conversation analysis of the interviewees’ everyday talk at work demonstrated that banter can be used to include, provided targets of banter agree to play along and engage with the propositions, on the instigator’s terms.
...
... it is unlikely that the hegemony of Anglo-Australian male dominance will shift in the near future. Yet it is intrinsically unfair on the minority groups within Defence to do all the changing and adapting. This is the paradox facing Defence leadership. Do leadership just wait patiently for a critical mass to drive changes in socialisation while expecting minorities to adapt, or should intercultural education and training be instituted to raise awareness of the dos and don’ts of banter, offering all personnel an opportunity to learn ways of being socially inclusive?

Get a fresh cup of coffee. Pre-self-medicate with 500mg of Motrin. Gird you loins.