Time for the best of the Hairy Navy ... again. 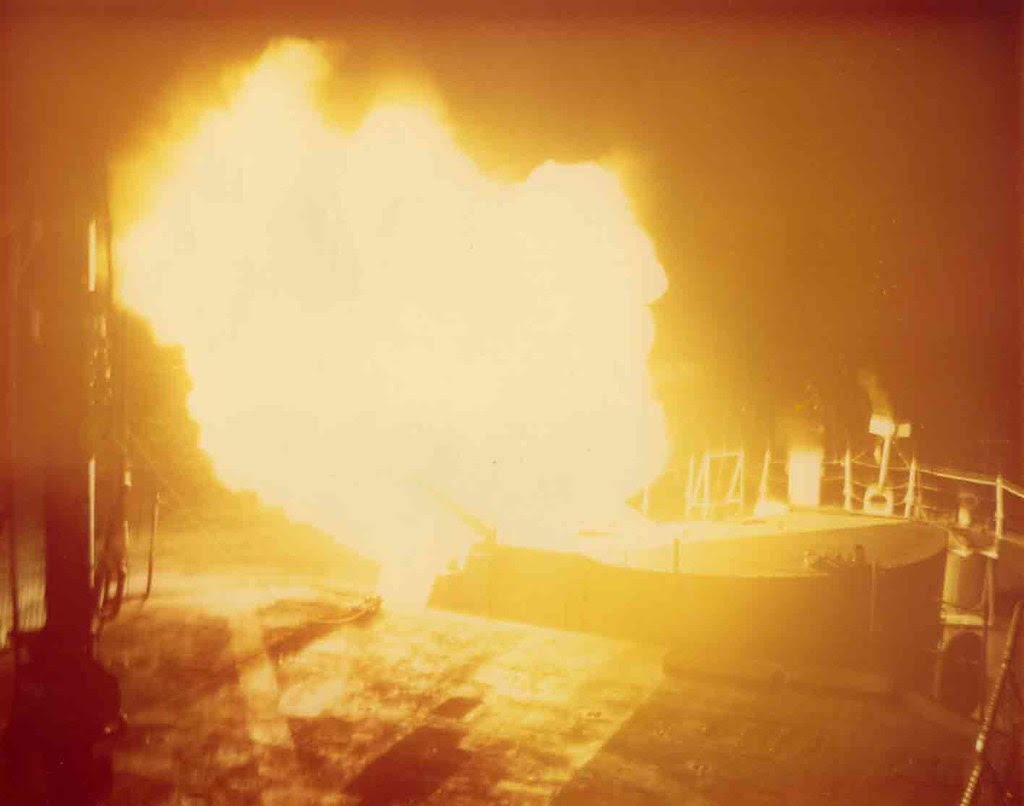 She is a great ship with a great history, but let's focus on one of her battles. In Vietnam she did a lot of what you see in the upper right corner, she pounded the hell out of the Communists. One day, they decided for some payback during the '72 Spring Offensive when we supported the South Vietnamese in their defeat of the Communist North Vietnamese invasion.


DA NANG, Vietnam (AP) - "MIG coming! MIG coming!" yelled the lookout and seconds later the after deck of the destroyer Higbee was aflame. The North Vietnamese jet dropped a 250 pound bomb onto the deck of the destroyer, wounding four seamen and destroying a gun mount that housed two 5 inch guns.
The U.S. Command said at least three enemy jets attacked an American task force in the Tonkin Gulf off the coast of North Vietnam late Wednesday afternoon. The command said one of the planes was shot down, two enemy torpedo boats were believed sunk and shrapnel from shore battery fire caused minor damage on the cruiser Oklahoma City, the flagship of the 7th Fleet.
Capt. Ronald Zuilkoski, skipper of the Higbee, said the MIG attacked his ship at least twice before the bomb hit the deck. "In the first two passes, bombs fell left and right of the ship," he said, "but on the third try one hit the deck and exploded under the mount. She flew so low over the deck that you could see everything."
Luckily the gun mount was empty, the 12 man gun crew having been ordered out while a round stuck in one of the barrels (hang fire) was being hosed down to keep it from exploding. But three men in the ammunition storage compartment under the mount were wounded. Other men pulled them out as the ammunition began to explode. The exploding ammunition ripped open a large section in the Higbee's left side. Flames and clouds of black smoke from leaking oil engulfed the deck as the crew fought the fire.
Another warning sounded: "Missile! Missile homing in!" "We heard the missile warning, but we had to stay with the fire or we would have lost the ship," said Hull Tender 2nd Class John J O'Brien, 40 of Camden, NJ "It was fantastic - everyone worked together. They did what they were trained to do even though too much happened at one time - flames were every where." 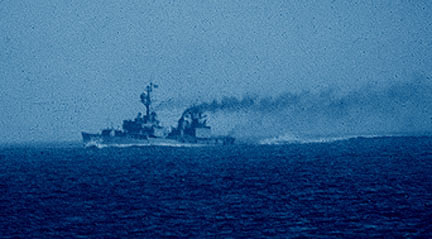 John T. Allardyce, 26, another Hull Tender 2nd Class, from Allentown, Pa., was up forward." I felt the bomb hit," he said. "It shook the boat forward and then I heard the call for help from O'Brien's section in the rear." Allardyce said the bomb explosion damaged the water (fire main) system, "but we managed some how to get the thing under control." "The guys really worked together," said Allardyce. "You'd call for one man to come and help and two would show up." 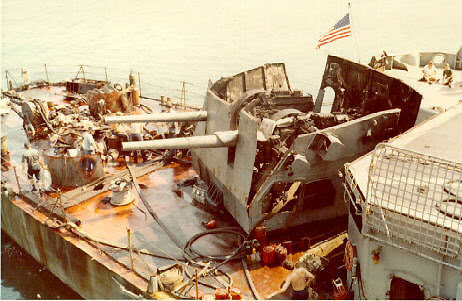 The Higbee entered DA Nang harbor early today. It's after deck looked like a junkyard floating in a pool of dirty oil. It tied up alongside the repair ship Hector and near the destroyer USS Buchanan DDG 14 which the U.S. Command said was damaged by shore fire Monday.
To see a map of the Battle Area click here.

A MIG 17 came out of the mountains, went "feet wet" and passed directly over the USS Sterett It then made a turn up the track of the strike force that included the USS Oklahoma City and Lloyd Thomas DD 764 and dropped two 250 pound iron bombs on the next ship in line the USS Higbee DD 806. Moments before this, the USS Higbee experienced a hot round in her after gun mount. This hang-fire condition forced evacuation of the mount as a precautionary measure. One of the MIG's bombs dropped on the vacated after mount and the other one dropped into the water along side her fantail. Just as the MIG pulled up from her bomb run and banked to starboard toward the safety of the mountains, The USS Sterett achieved a missile "lock-on" and fired two Terrier missiles, one of which downed the MIG. Higbee's steering gear had been damaged by the attack. She encountered no fatalities and damage control teams had the fires quickly under control. USS Sterett stood by, as Higbee fought her fires, completed her turn and proceeded out of the area, still with her rudder inoperative. USS Sterett continued to stand by Higbee. On her own power Higbee headed for DaNang, South Viet Nam, since DaNang was the closest friendly port. 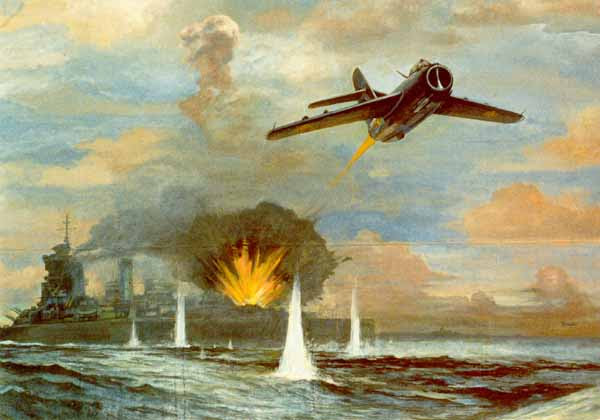