Here's a look at the honorees:

William S. Sims (1858 -- 1936) commanded U.S. naval forces in European waters during World War I when he helped shape the Navy into a modern fighting force.

Arleigh A. Burke (1901 -- 1996) was one of the top destroyer squadron commanders of World War II. After his death, he was hailed as a "sailor's sailor" who was "relentless in combat, resourceful in command and revered by his crews." 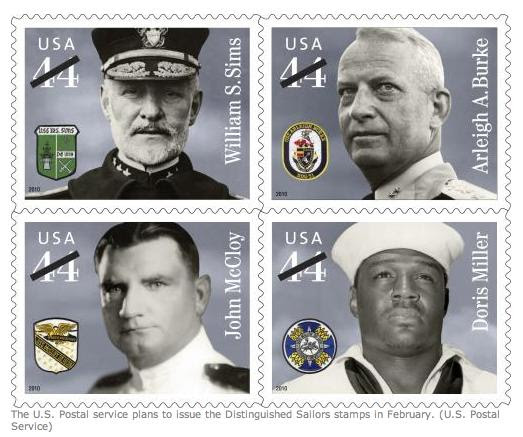 February will be a good Navy month - the one of Sims will be on all my Valentine's Day cards.